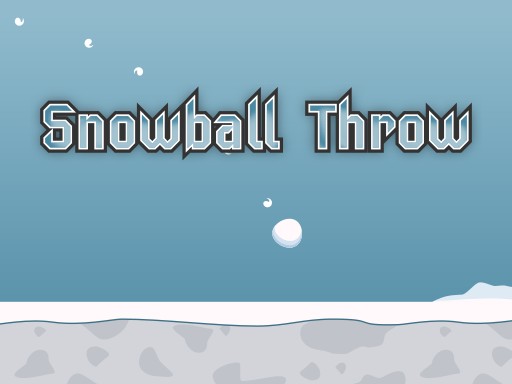 Snowball Throw is a great snow-themed arcade game where you have to throw as many snowballs as you can while you're having fun.

People don't want winter to end because there are so many fun things to do. You can do sledding, ice skating, and skiing. This is what Snowball Thrower will do. With your help, he will make six snow globes and try to throw them as far as possible. He will do that. You'll be there to take a picture. Click somewhere on the screen to let the hero throw. The game will remember who got the highest score, and it will stay there until someone beats your score. If you work hard and are good at math, no one will be able to beat your records.

The player has six snowballs to throw in this game. The score is based on the distance of each throw, which is added to the total score. Power-ups like extra lives (+3), silver stars (adds 1000 points), or golden stars can make the game more fun.

Use your mouse to play this game!